Right…I was on the lookout for a PCV on sale.  One popped up, so I grabbed it.

I needed to install a new GPS cable, so it was as good of time as any.
Idea here is to get rid of the low rpm leaness.  Tune the PCV for a K and N filter, and eventually if warranted, delete the cat, and make the OEM a full system.
I’m currently running a Staintune slip on, and the K&N filters.

PCV came with some black and white instructions.  Fairly easy to follow.

First up, peel back the fairing, and remove the tank. CamelADV has an excellent video. I followed along, as I forgot where all the shit was for the plastics. I was super careful, but still managed to break off three of the front studs..aka dicks on on of the fairings. The way this is designed, is fucking retarded. Terrible set up for an ADV bike. At any rate, I’ll see how it comes back together, and if they are really needed..knowing my luck they bloody well are! I manged to glue them back in place. No idea if they will hold. I may use some silicone on the edge of the windshield if they don’t sit as intended.

One thing when removing the tank…two actually. The fuel line is easier to pull of at the TBs, and not at the tank. Also, the white collar is a push, not pull collar. Give it a light push, and it pulls the line off. Also, the pump power supply has a clip on the harness end, not on the tank end. This has tripped me up twice. I’m slow to pick up…

PCV calls for the air box to be removed. Off it went. I cleaned up my aux wiring while in there, and installed a longer drain tube for the center left drain tube. The OEM is way too short, so it overflowed, and shat itself all over the bottom of the air box. BTW..The rear air box/tb screw is not set, and has a tendency to fuck off and go places. Mine did just that..balls. It’s not in the intake ports, so I found a suitable M5 and put it back together. Will order a new one, and replace when I do the valves this winter.
On a separate note, the breather hoses are TPITB to put back together.
Another winning design from honda.

PCV wiring is plug and play for: injectors, TPS, and O2 sensor. Packaging on the AT is tight. But all the sensors except the 02 were easy to get at. The two ECU signals (crank and something else…) need to be tapped on the left ECU plug in. I used the provided stabby plug thing, and an inline splice block.
I tie wrapped the living shit out of all of it, and put it all back together.

While the tank was up, I also wired in the map switch. The PCV instructions suck, and don’t really say if it’s only a closed loop switch, or if one end needs to be hooked up to ground. I’m going to guess closed loop. Will check once I have the program on my small lap top, and plugged into the bike.

Fired up the bike to check if all the lights were blinking…and they were indeed blinking. No error codes to speak of.

Managed to find a good spot for the PCV and still retain my storage space.

The optional map switch was a TPITBs to wire.  The wire port holes are tiny.  PCV instructions say 22-24 gauge..not sure how the fuck that would fit.  I ended up using paper clips, soldered to the wire, then taped up.  Should work fine.  Just a ground switch. 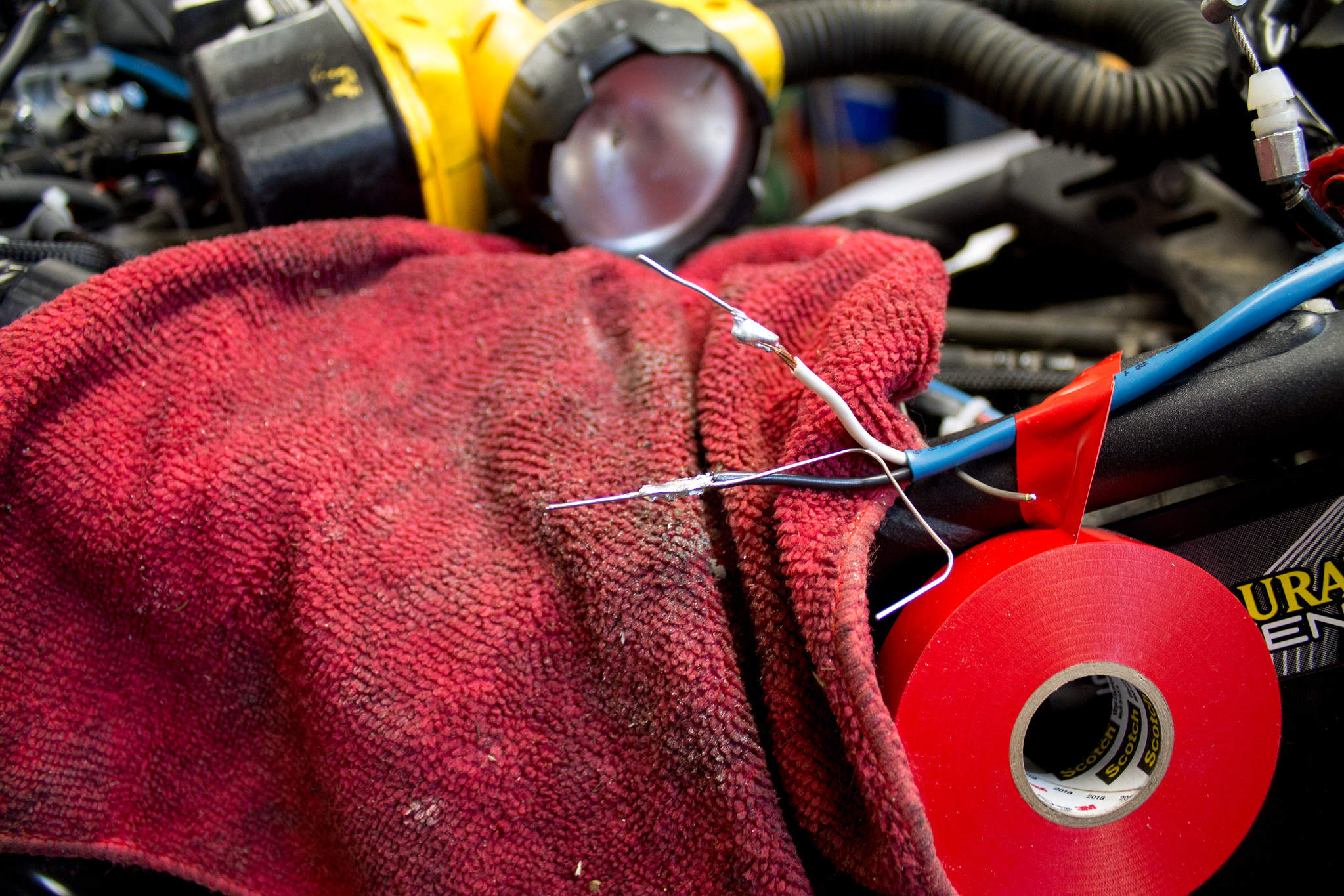 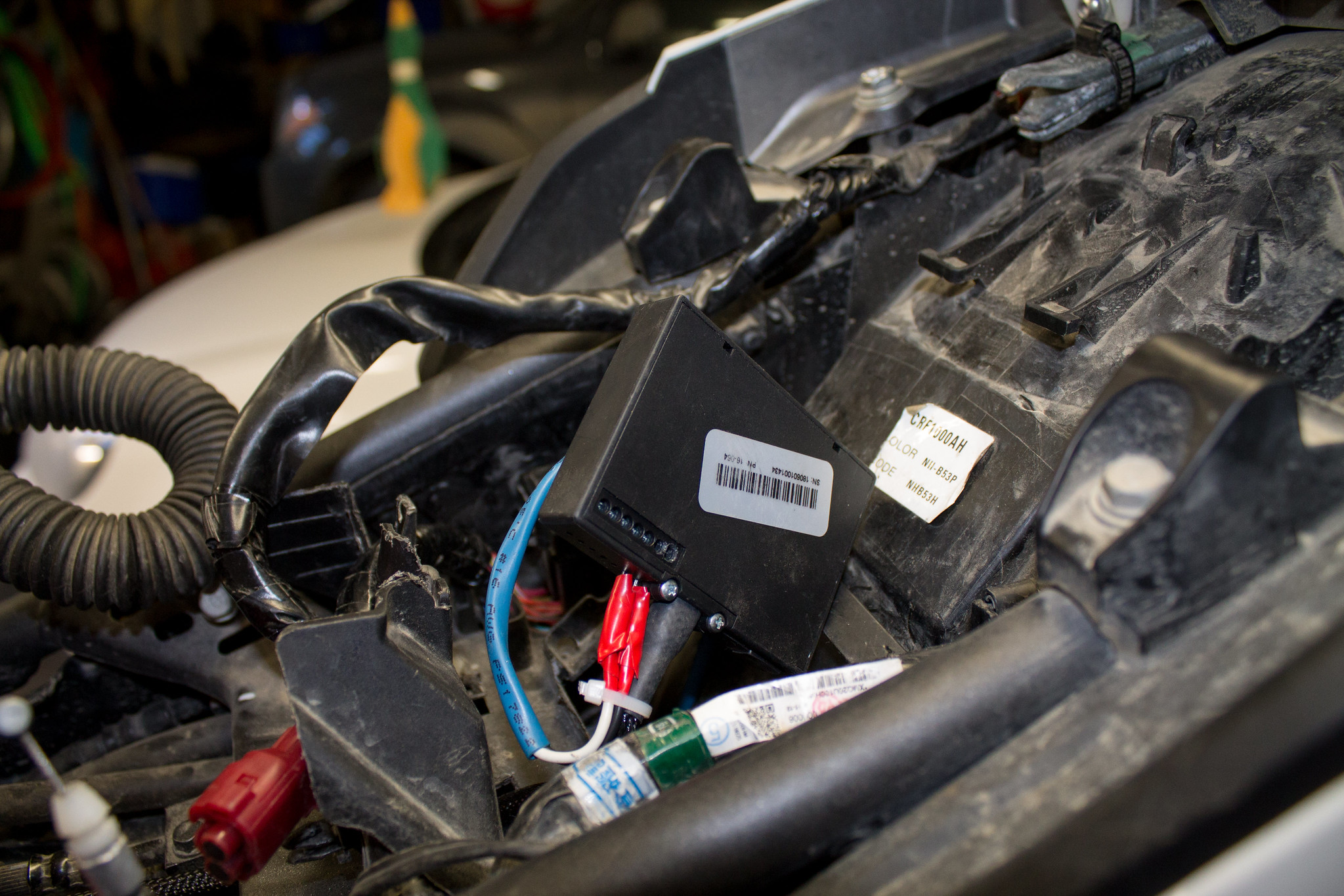 Got out for a ride finally.  First time out this year, so lots of gravel and shit on the road. Typical TC1 setting. The bike was cutting in under spirited take offs…looks like the PCV is working. Got out to the country and turned off TC. Yep…wheelies like a bastard. Response is also very good at low revs from 3rd gear on. No real hunting, or surging on neutral throttle. Money well spent.
I have the optional map switch installed. Need to figure out how to put another map in there, and I will have a mild and wild map.

May update. Right! I have about 1000 or so k on the PCV. Thoughts are:
-Better low down fuelling. Full lock turns can now be done without any clutch/gas input
-Bike feels much livlier even at 3300′
-Fuel economy has not suffered. I’m averaging 5.6-5.8l/100km in town 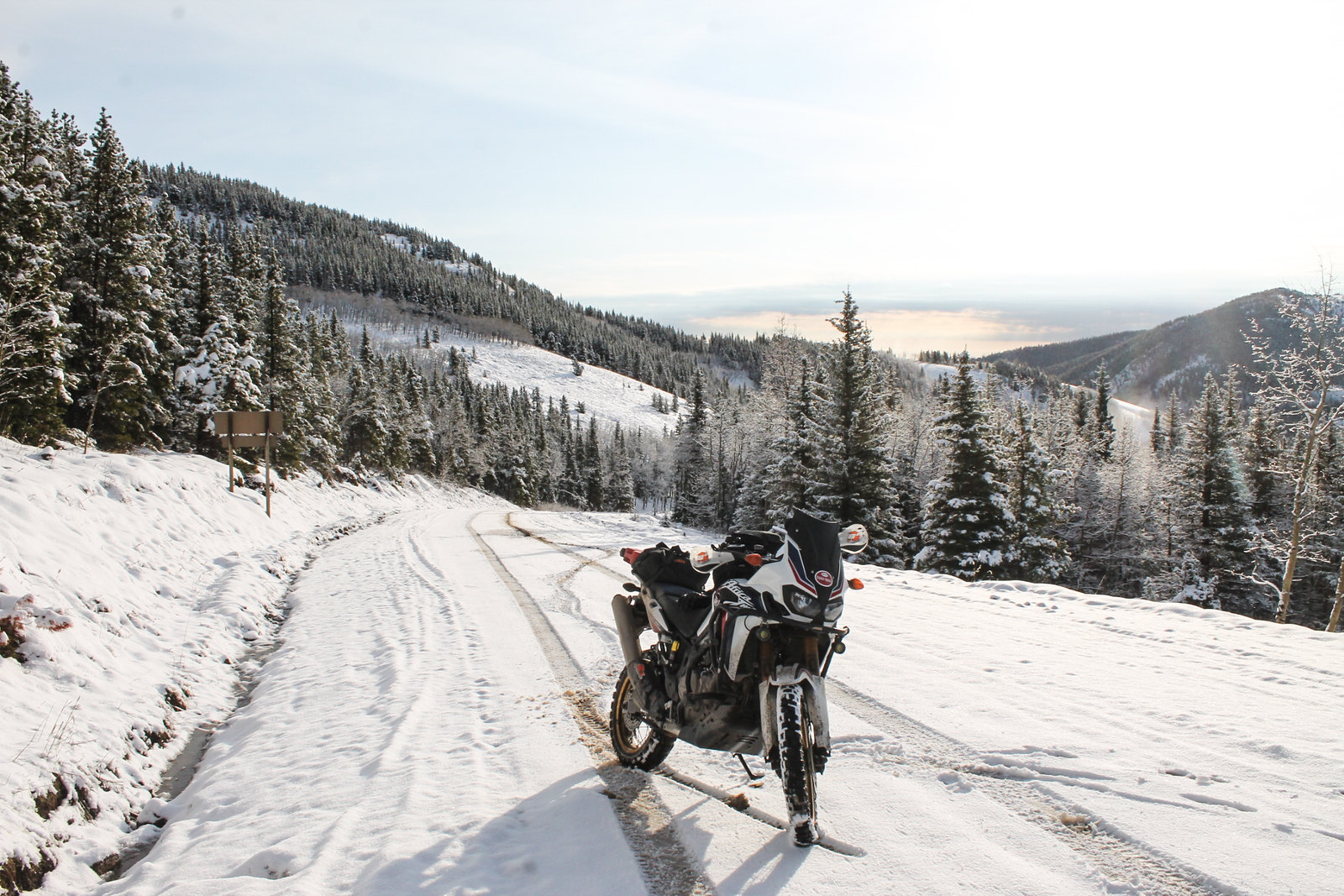 You can basically leave the throttle alone, and cover the clutch. No jerking etc..
Better power. I’m not imagining this. Bike rev’s up faster, pulls harder. Good wheelies
Fuel economy has improved. On my 850k day, I averaged 5.25l/100km. Could have done better, but rode some shit conditions (snow, mud, more god damned snow!). And also had a few quick blarts on the hwy…160km/h or so. On yesterday’s 500k trip, got economy down to 4.8l/100km with moderate throttle (shifting at 4k)

10 k KM update:
Right, so how has the PCV done? well…pretty good. I’ve ran the bike with the map that came loaded in the PCV, due to various degress of lack of time or total laziness.
I did install/wire the auxilary map switch, and recently got it uploaded.
Talking to PCV, they recommended leaving the OEM O2 sensor plugged in, and uploading map M16-064-505.
I double checked that both stock and the hot map is in, and I went for a ride. Bike runs well with good low speed characteristics.
Fuel econ has been v.good. In town, sub 5L/100km. On the hwy, around 5.2L/100km. If i’m doing a lot of technical riding, the econ drops to 5.3-5.4L/100km.